The TRUE Psychology and Science
of Anxiety Disorder Recovery.
Why has nothing you've tried worked?

Here are some interesting statistics...

Let us explain why you haven't recovered...
...but also, how you CAN recover 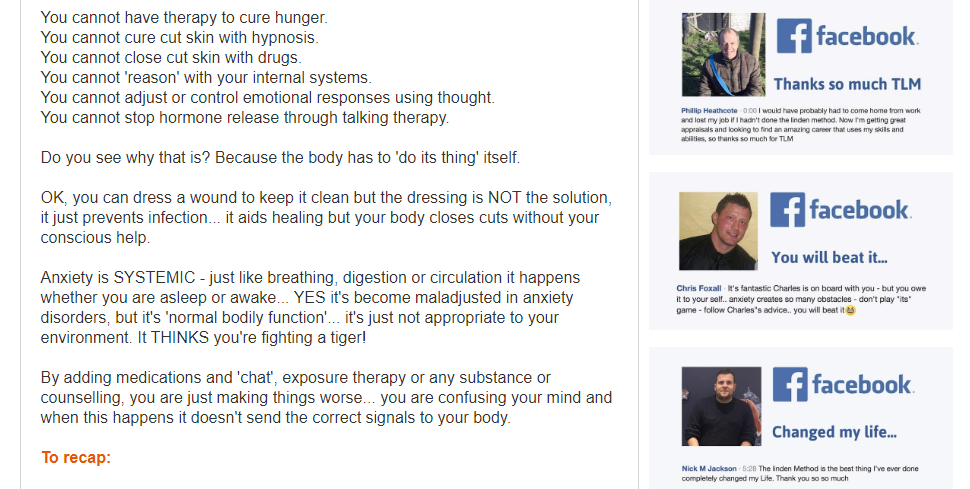 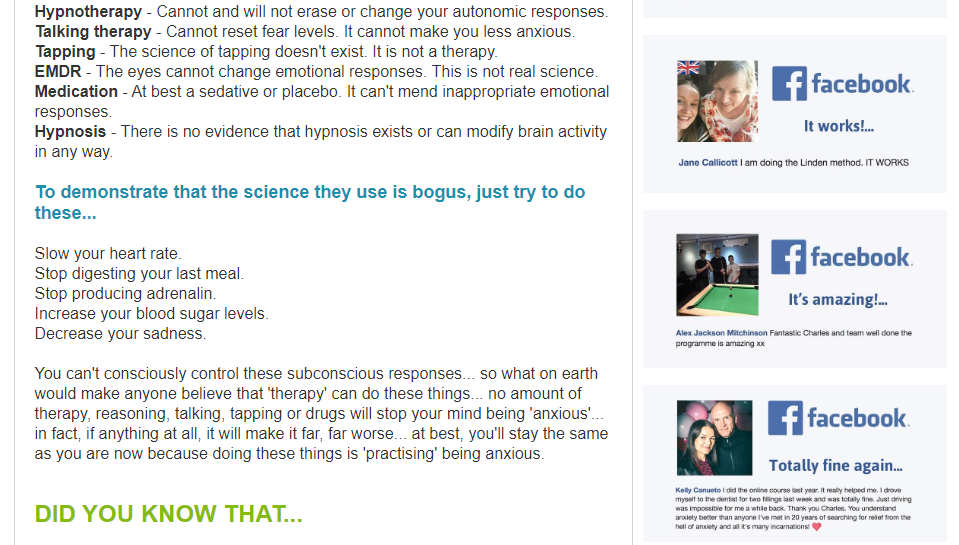 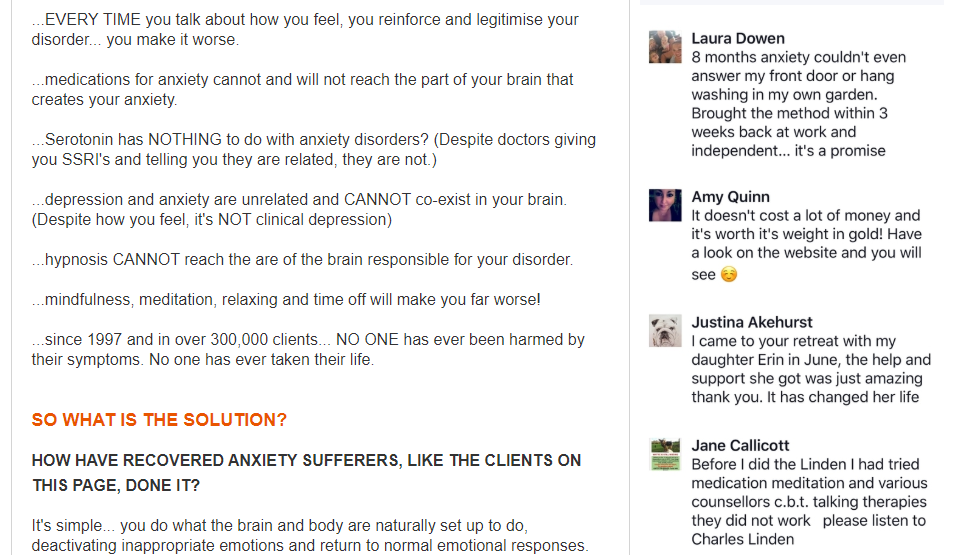 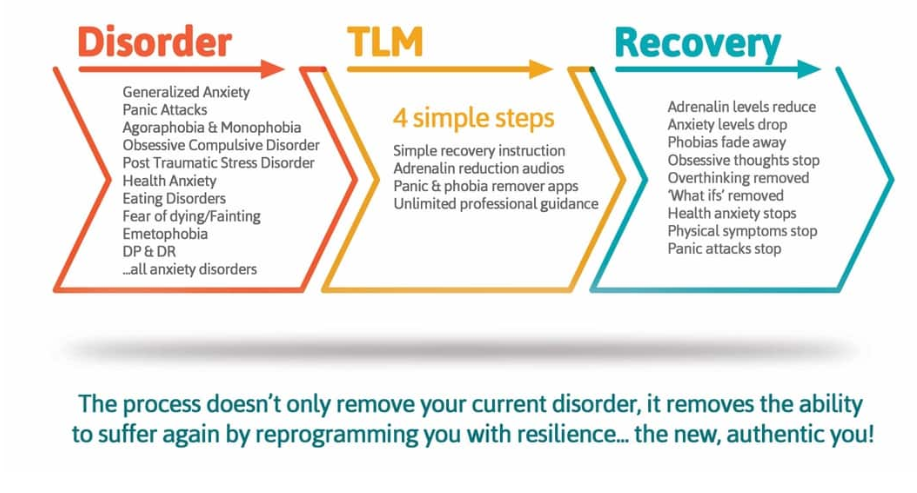 RECOVERY IS 'UNAVOIDABLE' - You won't be able to stop yourself recovering

The possibility that TLM can fail is like placing you on a treadmill for 60 minutes every day for the next 3 months and telling you to stop yourself from becoming fitter... it is physically impossible.

By virtue of the fact that your legs would be moving at speed, the signals your brain receives would increase your fitness throughout your body... try as you might, you CANNOT stop your body and mind creating fitness if you are exercising.

But TLM is SO much easier than exercising... in fact, most people don't know they are doing it at all.

Take a look at our testimonials from real people and then take time out to look across mental healthcare to find ANYTHING that comes close to the recovery successes we generate. What we do isn't 'new science' it's very simple psychology.

...the last time an anxiety free person you know was sad, happy, jealous, angry or fearful... did they have therapy, medication, hypnosis or anything else to return their emotions to 'neutral'?

No of course not. Why?

Because the brain takes care of turning those emotions back OFF after they've been utilised.Your brain is fearful, not because of illness or frailty, but because ONE thing has got in the way of it turning OFF your inappropriate fear.

So if you could erase that ONE thing, it would go back to 'normal'... agreed?

So let us show you how to do just that. 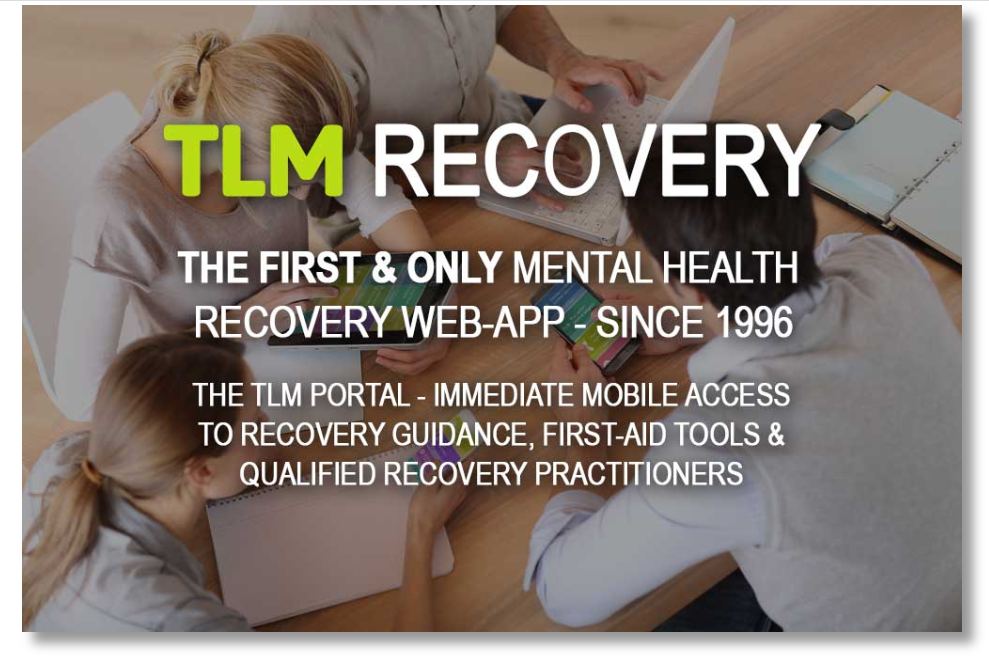